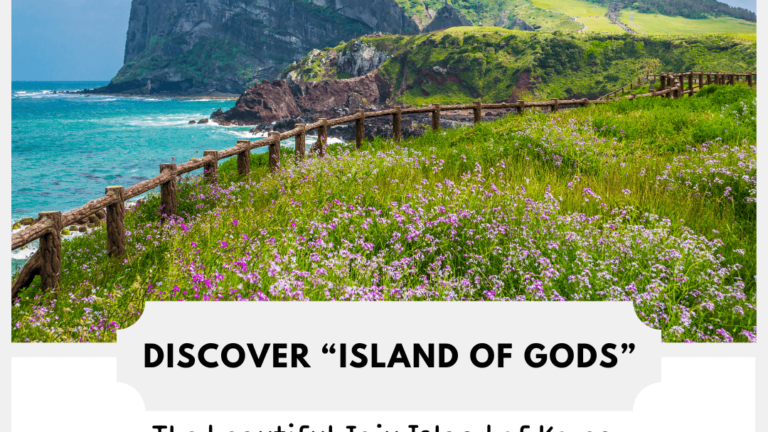 Jeju Island is one of the popular tourist destinations situated along the Korean straits, towards the southwest of the mainland Korean peninsula. Jeju Island is known for its diverse and unique volcanic landscape, lava tube caves, beautiful natural wonders, white sand beaches, serene waterfalls, semi-tropical forest, and national parks. Because of the diversity of this famous island, Jeju Island is nicknamed “Hawaii of Korea” and “Island of Gods“.

One of the tropical tourist destinations visited often by Koreans and other Pan-Asian countries. Jeju has its very own International Airport that connects mainland South Korea and other international cities. It’s an hour and a half journey from the capital city of Seoul to Jeju Island. This beautiful island is famously known as the Volcanic Island of Korea which has small volcanic edifices and a volcanic shield. An ideal tourist destination for honeymooners, naturistic lovers, vacationers, beach goers, or travel bloggers.

Jeju Island has a different Language: Since Jeju Island is a part of the Korean Peninsula, the people of Jeju Island speak their language known as the Jeju language. Moreover, the Jeju dialect is very different from that of Korean therefore the mainland people find it difficult to understand. However, few elderly residents are the only fluent speakers of the Jeju language while the rest of the residents and young generation speak the mixed variation of Korean and Jeju dialects. To revitalize the language among the younger generation, UNESCO added Jeju to its Atlas of an endangered language.

Legend of Demi-Gods Founded Jeju Island: One of the famous legends of Jeju Island believes that the entire civilization on Jeju Island was founded by Demi-Gods. These Demi-Gods named Go, Ryang, and Bu, emerged from the hole in the ground and became the founders of the kingdom of “Tamna”. Later Jeju was taken over by the Joseon dynasty. There are many tales and myths told by locals about the birth and formation of Jeju Island.

Home to South Korea’s largest Mountain: Mt. Hallasan is a dormant volcanic mountain of Jeju Island and also the largest mountain at 6,400 ft (1950 meters) in South Korea. The last volcanic eruption took place around 2500 years ago. Hallasan is known as a three-spirit mountain, a sacred mountain with a belief that God resides there. The slopes of Mt. Hallasan have Buddhist temples including the oldest Hyomyeonsga temple holding a religious belief as a temple with a “Door of Heaven”. Inside the crater of Hallasan mountain is a beautiful lake. Hallasan is a beautiful mountain with lust green vegetation and is home to flora and fauna.

Jeju follows a Matriarchal structure: On Jeju Island, there exists a community of women divers commonly known as “Haenyeo”. These women dominated the island as they handled the majority of the domestic work and remained as main breadwinners of the household. Since Jeju Island’s economy relies mainly on fishing and sea exports, these sea women head to the sea to dive and harvest sea urchins, mollusks, seaweeds, and other sea creatures from the sea. These women dive deep up to 10m down, holding their breath without an oxygen mask or any type of equipment, and catch shellfish with bare hands. The prominence of haenyeo has been passed down for generations and also trains young teens to drive well.

Cheonjiyeon Waterfalls: Cheonjiyeon is one of the most majestic waterfalls on Jeju Island.  The name itself translates as “connecting earth and sky” also known as Pond of God. Cheonjiyeon comprises three different waterfalls where the first waterfall separates to produce the second and third. Cheonjiyeon attracts an abundance of flora and fauna including unique and rare solipnan reeds and skeleton fork ferns. Don’t forget to miss the Chilseonyeo festival which happens every year in May.

Jeju Stone Park: To know the significance of Jeju Island’s rich cultural heritage, Jeju Stone Park evokes the island’s deep-rooted history and mythology. The stone sculptures around the park represent folklore tales that have been passed over generations. The park is filled with sculptures, a beautiful stone pagoda, and a pond. Inside the Jeju Stone Park is a museum of sculptures and carving with unique myths and tales. The famous Dol Hareubang sculpture in Jeju Stone Park also known as grandfather rock is said to protect the island and ward off evil entities.

Manjanggul Cave: It is one of the UNESCO World Heritage Sites known for the finest and longest lava tunnels in the world. Formed more than 2.5 million years ago, attracts a variety of natural rock formations, stalagmites, and stalactites which reflects soft color lights illuminating these natural formations. It’s a Lava tunnel that stretches across 13 kilometers in which only a kilometer is open for public access. You may find a lot of bats flapping around the tunnel cave.

Jusangjeolli Cliff: Situated on the Jisatgae coast of Jeju Island, you will see the spectacular rock formation formed when Mount Hallasan erupted into the jungmun sea. The cooled lava created beautiful forms in peculiar square and hexagonal shapes blackish rocks stack on top of each other so perfectly. It looks majestic when large waves during high tides crash against the dark stone.

Love Land: Love Land is a Jeju Island attraction exclusively for adults and gowns up kids. This park is different and unique from other Love parks as it displays sexual and erotic artwork done by students from Seoul University. This outdoor theme park has around 140 explicit sculptures of men and women in different love poses. These sculptures are undressed showcasing sex positions to tourists, breaking the traditional taboos on sex. Love Park is basically for visitors who want to explore the natural beauty of sexuality.  There is a separate recreation theme park section for kids. It is one of the popular honeymoon destinations for newlywed couples.

Explore Stunning Beaches:  Experience the best beaches of Jeju Island pristine white sand, blue water sea, volcanic shores, and lush green forest. These beaches are suitable for swimming, water sports, and even relaxation. Enjoy kayaking and snorkeling at Hamdeok beach with crystal clear water with turquoise color, the cleanest sandy beach with white and golden sand. Parasailing at Hyeopjae beach has a unique combination of white sand, emerald water, and evergreen forests. Surf at Jungmun Saekdal Beach and enjoy the beautiful scenery from the cliff. Gwakji Gwamul Beach is popular among families and children with its sandy bottom and rocky area. Iho Beach is also famous for its beautiful sunset and horse-shaped lighthouses are the symbol of this beach. Witness sunrise at Pyoseon Haevichi beach, the sand on its shores is formed from shell rocks which are famous for healing properties. 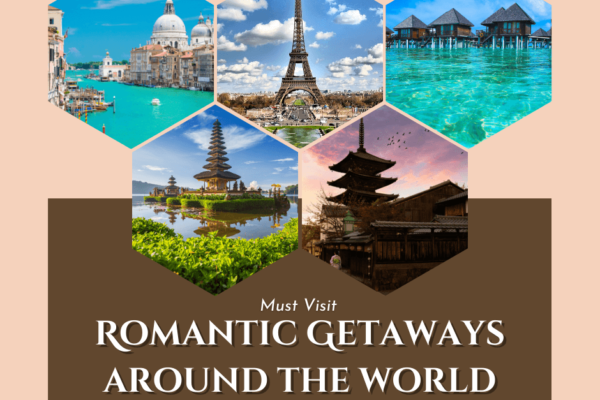 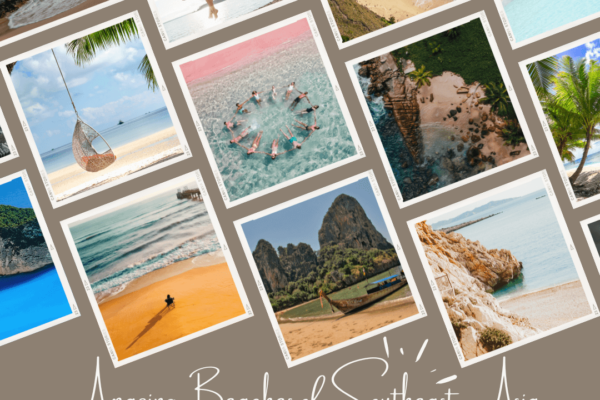 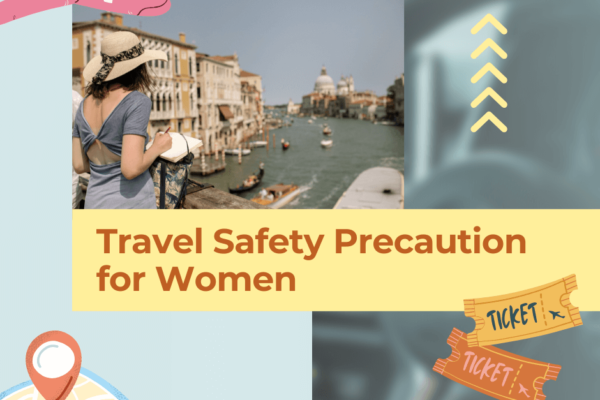